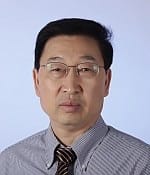 Dr. Jiyuan Fan, Chief Engineer and Chief System Architect within the Southern States Automation and Sensors Division, has been selected to join the prestigious class of 2019 IEEE Fellows for his contributions and leadership in applications for power distribution systems. As a fellow for the Institute of Electrical and Electronics Engineering (IEEE), Dr. Fan is noted among distinguished predecessors, who have made and continue to make substantial strides in the industry and academic community.

The IEEE proudly promotes advances in technology and electrical education as well as supports the professional development of young men and women in these fields worldwide. To be counted among past and future IEEE fellows, one must demonstrate remarkable passion, ambition, and imagination in his or her work and continually endeavor to make advancements in technical industries.

Having over thirty-five years of experience in the electric transmission and distribution industry, Jiyuan uses his wealth of experience to innovate and oversee vast significant improvements in his field, such as the first full-scale DMS system. As the publisher of more than thirty academic papers and the instructor of tutorial classes, Dr. Fan is not only a role model for aspiring engineers around the globe but also a standard of excellence to his peers.