Jerry James retires after more than 55 years of service

Jerry James recently retired from Southern States, LLC in Hampton with 55 years and 8 months of service. Jerry started his career at Southern States as an Electrical Assembler in August, 1957. Shortly afterwards he moved into the Engineering Department, then into Sales where he was Senior Area Sales Manager at the time of his retirement. Jerry was honored by his family, friends, co-workers, and business associates at two receptions held in celebration of his retirement. He is pictured above (on the right) receiving a congratulatory handshake from Billy Watson, Switch Division Vice-President and long-time co-worker of Jerry’s at Southern States. Jerry and his wife Janet reside in Fayetteville. 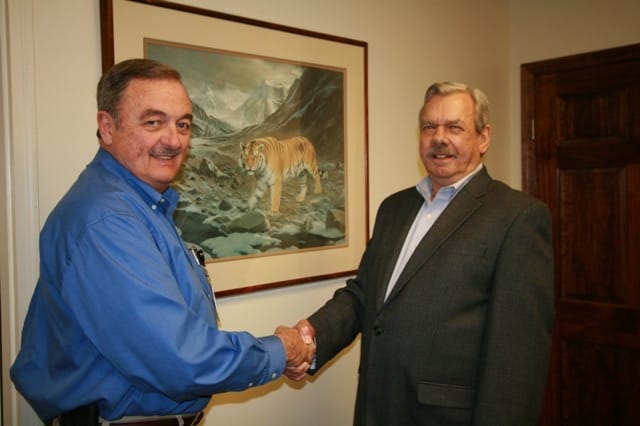